We’ve put together a synopsis of some of the biggest headlines and most important news articles in Boston commercial real estate. Every quarter we compile a highlight reel of what is going on with businesses, real estate transactions, and leases around the Boston area. Each article illustrates what transpired and what lies ahead in Boston’s CRE market. 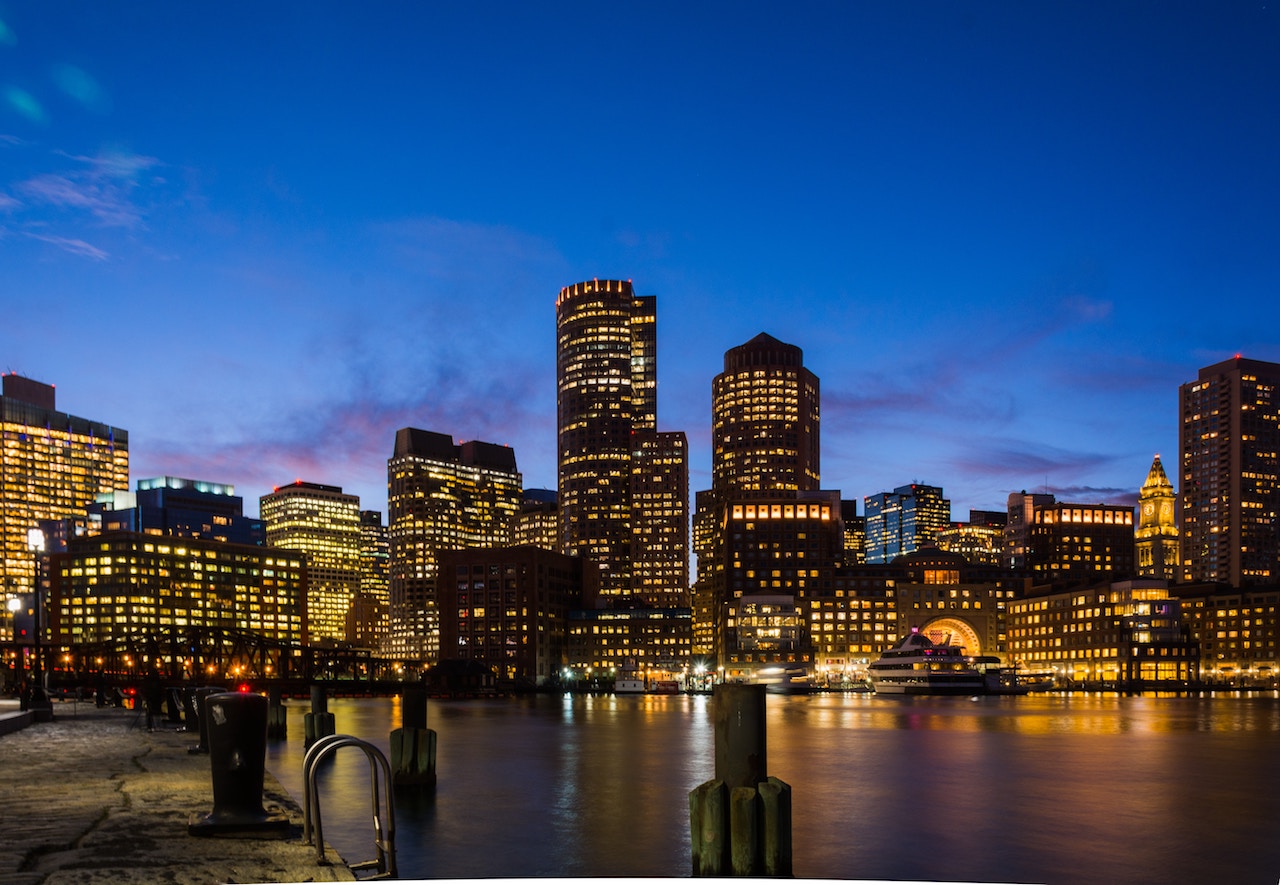 Boston Is #1 for Clean-Energy Efforts in the Country

While the overall assessment of cities by the American Council for an Energy-Efficient Economy was mixed overall, Boston took the accolades as the #1 city nationwide. Boston continues to lead the way in commercial real estate when it comes to life sciences currently, so it is no surprise that other tech / economic ventures follow suit. Read More

Boston’s ongoing infrastructure issues create a bottleneck for the continuous growth of the biomedical / life sciences sector in the city. To put it into perspective, biopharma jobs grew nearly 75,000 in 2018, which was the largest increase in over 11 years. The transportation issues will need to be resolved asap in order to assure the future of the industry here. Read More

Foundation Medicine inked a lease for 400 Summer St, a 16-story lab property within the Boston Seaport development. The building will be developed by WS Development and PSP Investments, and it was designed by Morris Adjmi Architects of NYC in conjunction with the Santec’s office in Massachusetts. Read More

Delta’s Terminal A expansion in Boston’s airport was originally set for completion 14 years ago, so officials had a big reason to celebrate when the project was finally completed. The expansion provides Delta with 21 gates at Logan Airport and adds direct flights to Rome and Paris. Read More

As a follow-up story to the new Encore Casino that finished last quarter in Boston, the hotel opened with a bang and earned nearly $17 million in gaming during its first week of operations. To put things into perspective, MGM Springfield made $19.9M during the entire month of June. Read More

Boston Multifamily Development Slows in 2019, It’s Still One of the Top Markets in the Nation

Despite a slight downtick in apartment complex deliveries, Boston’s metro area is among the top apartment markets in the United States according to RentCafé. Read More

The $114 million will be invested in a 3-building commercial real estate complex. The primary tenant will be Shoes.com with their headquarters and a handful of other tenants to occupy the units on the campus. Read More

40 Trinity Place in Boston’s Back Bay will be home to Raffles Back Bay Hotel & Residences, a 33-story mixed-use building. The Raffles center will have 147 hotel rooms along with 146 residential units, amenities for visitors / residents, and multiple dining establishments. Read More

One Congress, State Street Corp.’s future home officially begins. It will be the tallest building on the Boston skyline since 1984. One Congress will be 600 feet tall and have 1,000,000 square feet in space. Read More

The University of Massachusetts Boston Campus is about to get a lot bigger, nearly 3.4 million square feet bigger, in fact. Accordia Partners and Ares Management Corp have been tapped for the redevelopment of the Bayside site for Boston’s prominent state university. Read More

The new $2.6 billion (with a ‘b’) Encore project is set to open in June of this year. It is considered Massachusetts’ largest project ever built within a single phase. The new Wynn Resorts’ Casino will have 3,000 gaming stations and 671 hotel rooms. Read More

Bonus: Sneak Peak Inside the $2.6B Encore Casino Project

BizJournals put together a sneak peak with pictures and more details of the massive casino project that is set to be completed already. See the Pictures

Harvard University in Pursuit of Developer for New Research Campus

Harvard is now taking proposals for the initial development phase of its new Enterprise Research Campus in Allston, MA. The land proposed for the new campus is 14 acres, and will be adjacent to the new Science and Engineering Complex set to open in fall 2020. Read More

Beacon Capital sells Boston office complex in Dorchester, MA for $110 million. The property is across from the Bayside Expo Center. The complex was acquired by a joint venture between Accordia Partners and Ares Management Corp. Read More

A flurry of new development sites are arising from Seaport to Route 128. Most of these new construction projects are near to transit lines; however, developers and brokers are more keen on looking for lively streets and retail presence when it comes to scoping new places to break ground. Read More

The 525K square foot building at 111 Harbor Way is 17 stories. 2 of the stories will be for retail and restaurant tenants, while Amazon will lease 430K SF of the building when it is complete in 2021. Read More

The 77.8K square-foot property in Cambridge was sold for $128 million. The property is near Harvard and Massachusetts Institute of Technology (MIT). Read More

Bloomberg covers the reasons why Boston and LA provide the best opportunities for commercial real estate investments, especially because the economies are booming in the respective locations. They are healthy economic beacons currently, while the rest of the country is noticing a slight slowdown compared to previous years. Read More

After hiring Lexington native, Keith Block, as president and vice chairman of Salesforce, it became a key player in Boston’s growing technology market. The CRM giant has offices in Burlington, Cambridge, and Back Bay; however, now it is looking to have a more prevalent presence in the area. Read More

Foundation Medicine, an important Cambridge-based biotech firm, is looking to relocate to the Seaport area. If the move occurs, it will be the largest life-sciences company to relocate in the area since Vertex Pharmaceutical’s move five years ago to Fan Pier. Read More

The tech giant expands its footprint in the area with the lease of a 362,000 sq ft building at the Kendall Center in the Cambridge, Massachusetts area. The redo of this site, located at 325 Main St, will have a new 16-story building with 400,000 sq ft of space. Read More

Massachusetts General Hospital recently notified the Boston Planning & Development Authority about a $1B expansion project. The new building will have over 1 million square feet of space and will include six stories of underground parking and two centers focused on cancer and heart treatments, respectively. Read More

Fresh off another Super Bowl victory, Tom Brady is not stopping when it comes to further developing his name and brand in the Boston area. The storefront is expected to be on Boylston Street. It will most likely replace the Boston Sports Club, which recently announced it would be closing in March 2019. Read More

The kids’ toys big box brand that went out of business and closed many stores nationwide last year has emerged with a new team and vision for the future. It appears that they are not totally out of the game. Will this new plan put the company back on the map? Read More

Logan International Airport saw over 40 million passengers travel through its gates in 2018. The record year has generated conversations around a possible expansion in order to capitalize and amplify the potential for more travelers. Read More

A virtual reality (VR) theme park company from Singapore is beginning to make moves into the United States by opening studies on various markets. Boston is one of the initial locations the innovative company is looking at as a host for its expansion. Read More

Boston Area Office Report for the Early Months in 2019

As seen above, many major companies are inking deals to lease or own space in Boston and surrounding areas. This Yardi Matrix report breaks down the biggest factors contributing to data points in the Boston office real estate market. Read More

Boston Real Esate Times summarizes the latest Boston Office CRE Report for Q1 2019. There are some incredible statistics in the report for a market that seemingly could not get any better. Read More 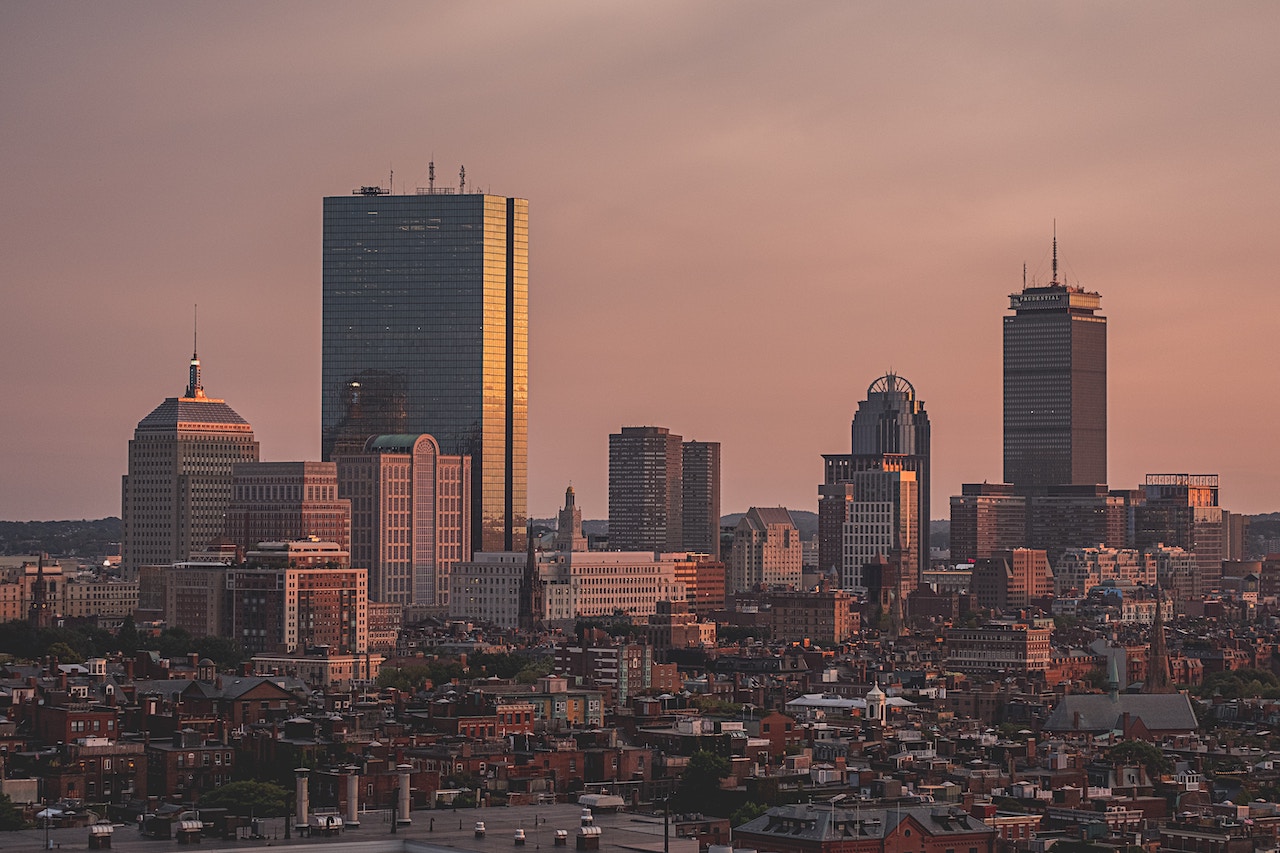 After more than a decade of back-and-forth with the city and the Federal Aviation Administration regarding the tower’s height and building plans, Winthrop Center’s construction has commenced. Originally proposed as a 1,000 foot project, Millennium Partners inked the deal at 691 feet due to the takeoff and landing patterns of planes to and from Logan International Airport. Read More

Artificial intelligence and it’s effect on commercial real estate was a main topic at CoreNet’s 2018 Summit in Boston. Benefits as well as downfalls were discussed regarding how AI will be adopted into the CRE market. Read More

Harmonic Drive currently operates out two buildings in Peabody, but will be returning to its roots in Beverly, Massachusetts. It’s a move to both consolidate operations and prepare for future growth. Read More

Proposed Duo of Towers Will Connect South End, Fenway, Cambridge and Back bay

Fenway Sports Group and Live Nation are planning to build a 5,000-seat music venue next to Fenway Park, on the corner of Ipswich and Lansdowne. Read More

Verizon Doubles Down on Boston with Investment Totaling $600M

Verizon will expand its local wireless network in the Greater Boston area for 10 years with a $600 million deal. Read More